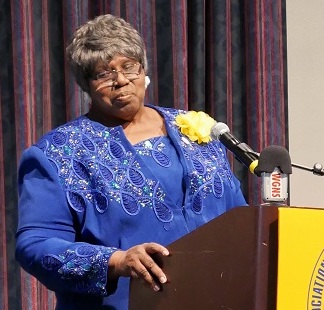 The local leader of the NAACP is encouraging citizens of Rutherford County to steer clear of a planned weekend White Lives Matter rally and expected counter protest.

Katie Wilson, president of the Murfreesboro NAACP, on the Ed Raymer Show (Sundays 8-10pm on WGNS), said they denounce any hate group coming to the city:

The event is expected to be on the Murfreesboro Square Saturday (October 28th) sometime after one o'clock in the afternoon.

The National Socialist Movement, Nationalist Front, League of the South and Traditionalist Workers Party have targeted Murfreesboro and Shelbyville to rally.