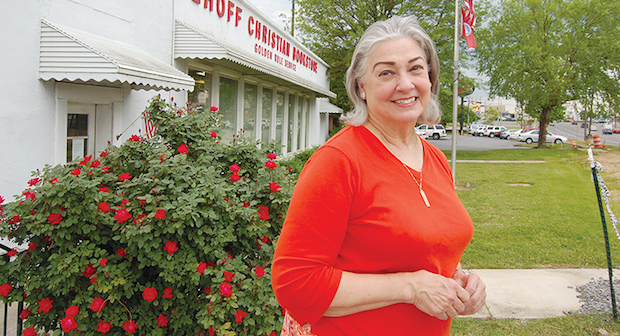 Bonnie DeHoff Fakes has led an interesting life. The Murfreesboro native and operator of the family business DeHoff Christian Bookstore, recalls a special time in her life when she was considered for the Teacher in Space Project.

It was the mid-80's and DeHoff heard about President Reagan's plan to send a teacher to space. She filled out the application and in the end was one of the final 20.

Christa McAuliffe was eventually chosen to go to space. She along with seven crew members died when the Space Shuttle Challenger exploded.

The flight was delayed for many days and DeHoff, who was in Florida for the launch, had to come home to get back to school. A snow day on January 28th, 1986, and a sick child had her away from the television for the launch.

However, a friend alerted her to the tragedy. It's something she shares still affects her to this day. Knowing she could have been on that fatal flight. She emotionally recalls the reaction from students the day after the explosion...

Following the national tragedy, Bonnie served as a NASA Space Ambassador and presented educational space programs across the country.

Today, she can be seen at the bookstore started by her dad, Dr. George DeHoff. They recently purchased Haynes Flag and Flag Pole Company, opened originally by the late Fayne Hayes. His patriotic legacy will live on with another iconic company. Hayes, you'll recall, was a World War II prisoner of war and fought in the "Battle of the Bulge." He passed away June 18th, 2016, at the age of 94.