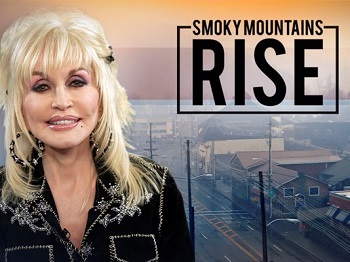 There was some Murfreesboro flavor on the three-hour nationwide telethon put together by Dolly Parton. The country music entertainer is doing all she can to support victims left homeless by the Smoky Mountain wildfires and she brought along some helpers.

"Smoky Mountains Rise: A Benefits for the My People Fund," a live telethon aired coast to coast Tuesday night, raising millions of dollars that will go directly to wildfire victims.

The telethon featured performances by Parton as well as a slew of guests, including Murfreesboro's own Chris Young. Also seen on the stage was Rhonda Vincent, with Rutherford County's own Mickey Harris playing bass.

Due to the overwhelming response, donation phone lines will be left open at least through the rest of the year. If you'd like to make a donation, you can call 1-866-CARE MORE to donate to the My People Fund.

If you'd like to mail in a contribution, we have the details on WGNSRadio.com, keyword My People Fund.

Anyone who would like to make a tax-deductible contribution to the My People Fund may visit dollywoodfoundation.org.

For those wishing to send donations via mail, those contributions should be sent to: