LOM Quarterly Breakfast 8AM Next Thursday 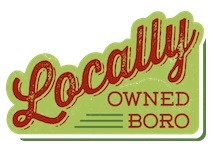 The first quarter meeting of LOCALLY OWNED MURFREESBORO is set for 8:00 o'clock next Thursday morning and features City Traffic Director Ram Balachandran to show how the 2040 Major Thoroughfare Plan will help the flow of traffic. It will be at Cultivate Coworking. There is no admission fee for members, but $10 for future members. Breakfast will be provided by LOM member Simply Pure Sweets.

Locally Owned Murfreesboro President Gretchen Bilbro noted that traffic was the main topic when they met with department heads almost six month ago.

Balachandran will hit the main projects in the 2040 Major Thoroughfare Plan, which was adopted in the fall of 2017 and will guide improvements to the city's roadways.

The main goals of the flexible plan are to reduce congestion, trip lengths and travel time by providing more direct connections between northeast, southwest and central Murfreesboro; create more capacity from southeast and northwest; and enhance roadway network connectivity.

Some of the projects outlined in the plan include improvements to New Salem Highway, Leanna Swamp Road and Manchester Pike, just to name a few.

If you have any burning questions about traffic in your neighborhood or about your daily drives around town, Balachandran will also be available for a mediated Q&A after his presentation.

Locally Owned Murfreesboro is an affiliate of the American Independent Business Alliance asnd was formed in 2016.