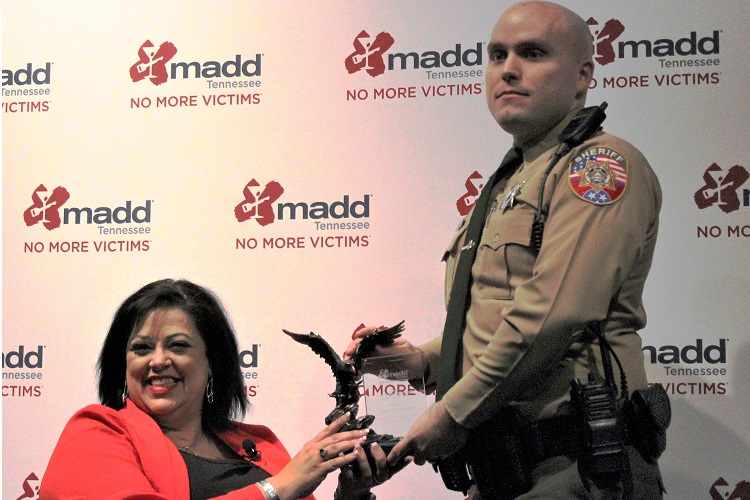 Survivors of loved ones killed in DUI-related crashes presented the deputies and other law enforcement officers with pins in the memory of their loved ones.

"It's an epidemic that is 100 percent preventable," Olsen said.

She encouraged officers to work for the future of MADD's theme #NoMoreVictimsTN.

"You are the ones who affect change and reduce" the chance of "drunk drivers killing someone," Turocy said.

Officers removing DUI offenders off the highways prevent someone driving a deadly weapon and taking the lives of innocent people, the sergeant said.

"Thank you for just doing your job," Turocy said.