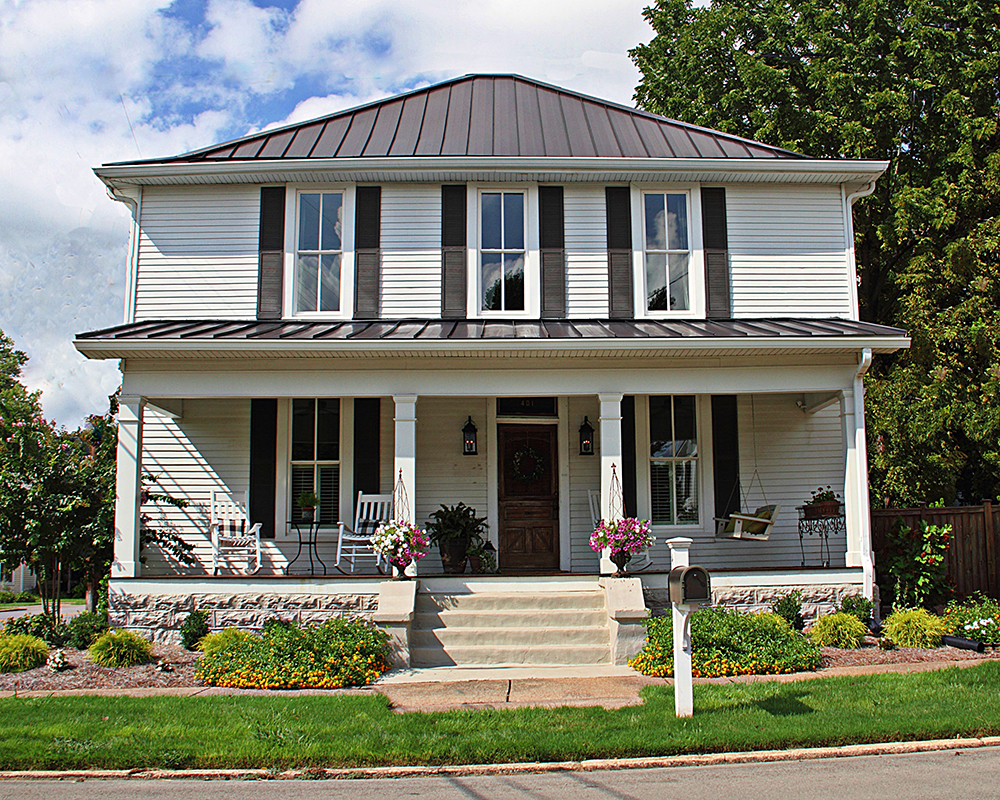 Main Street's annual autumn fundraiser, known as Evening on Main, moves over a few blocks to become Evening on Lytle when Rick and Amy Cottle host the event at their renovated home at 401 E. Lytle St. on Tuesday, Sept. 18. A favorite community gathering, the two hours of visiting with other enthusiastic Main Street supporters is from 5 to 7 p.m.

The home was built in 1902 in the style of American Foursquare, which was popular from around 1890 until the 1930s. The cube style can be found across the country in city neighborhoods with small lots, where taking advantage of every square inch was important.

"We have been told that our property once belonged to the Maneys and was the entrance to the drive to Oaklands Mansion," Amy Cottle explained. The Cottles purchased the house in 2016, and they are the fourth family to own the home.

The house was built without plumbing, but a 1930's addition to the back of the structure added a kitchen and bath. That arrangement still remains. "For the past two years, we have been working to make the home historically modern," Amy said. "It has been important to us to respect the original house and former owners while making it our own."

She said "a lot of thought and consideration" happened before knocking down walls, gutting the kitchen and existing baths, adding a half bath, refinishing the original hardwood floors, replacing the windows and exposing beadboard on some walls and ceilings. The couple did a lot of the work themselves, and their children and spouses have helped as well. For the work that was beyond their scope of expertise, they hired craftsmen and craftswomen to complete the tasks.

"There has been plenty of work to go around," Amy said. "Our renovation is almost complete." Evening on Lytle is a fundraiser for Main Street Murfreesboro, a nonprofit organization that cherishes, supports and works to preserve the community's charming downtown district. The suggested minimum donation for the event, which includes appetizers and beverages both alcoholic and nonalcoholic, is $25. For more information, call 615-895-1887 or email michelle@downtownmurfreesboro.com.

Donations will be accepted at the door. And don't forget, all donations to Main Street are tax-deductible. The Main Street Program is affiliated with the National Trust for Historic Preservation's National Main Street Center and follows the tenets of that program. Main Street capitalizes on the unique character of the courthouse square and the surrounding business district with the goal of transforming it into the cultural, social, professional and retail center of Rutherford County ... in essence, the hub of community life.