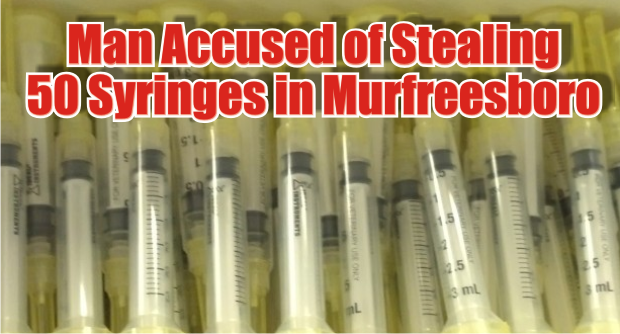 A man walked into St. Thomas Rutherford Hospital and grabbed a hand full of syringes and then took off running, according to security at the Murfreesboro hospital. The bizarre theft occurred on Tuesday (8/2/16) morning around 6:45.

After the subject reportedly grabbed about 50 needles, he ran out of the building and across Medical Center Parkway. Apparently, he took the syringes from the 5th floor of the building and then made his way to the first floor lobby. When security approached him, he handed them one syringe while allegedly keeping the rest and running.

Police have ID'ed the suspect as a 35 year old man named Matthew. However, warrants for his arrest have yet to be obtained.