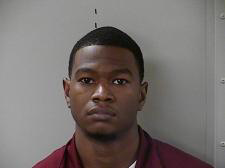 A total of 35 Motorola and iPhone cellphones were retrieved by Murfreesboro Police earlier this week that were believed to have been stolen. The incident unfolded at the FedEx distribution center off of Joe B. Jackson Parkway.

According to FedEx, the theft was caught on video and showed an employee stealing the phones. The iPhones were supposed to be sent to a company in Smyrna, but they were instead heisted by a Murfreesboro worker, according to a police report.

Jordan Goodson was arrested and charged with theft of property valued between $1,000 and $10,000. The charge is considered a felony. If convicted, Goodson could face jail time. The 25 year old is currently free on bond.