Man admits to Murfreesboro Police that he is selling cocaine 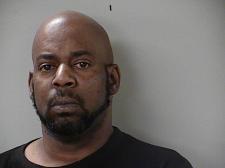 Charges for selling cocaine followed after a "Knock and Talk" at the Motel 6 in Murfreesboro.

Police went to one of the rooms at the Chaffin Place motel to speak to one of the residents. Officers made contact with 44 year old Terry Brian Green. The man allowed for police to search the room where they found a crack pipe, a small baggie of what was believed to be crack cocaine and a Brillo pad. Green then allowed police to search his cellphone where officers say they found multiple text messages indicating that Green was selling cocaine.

The report that WGNS obtained shows that Green has 8 to 9 customers per day. MPD Officer Cory Schalburg wrote, "Mr. Green then admitted that he is a middle man in cocaine sales." The suspect went on to tell police, "He has people pick him up in Murfreesboro, drive him to his supplier's destination and conducts a drug deal between them." He also suggested that his customers give him $60 for cocaine and he turns around and buys $40 worth of cocaine. He then profits by $20 per sale.

Green, who is scheduled to be in court on April 14, 2016, was charged with the manufacturing or sale of a schedule two drug and possession of drug paraphernalia.