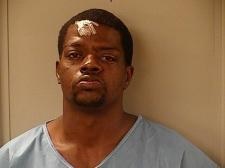 A Murfreesboro man is facing serious charges after he allegedly stabbed his girlfriend. The incident occurred on April 1, 2017.

When Detective Timothy Harris arrived at the address on Sentry Court he found the victim "covered in blood," according to a police report. The woman had lacerations on her arms and swelling on her face. The woman advised that her significant other "assaulted and stabbed her."

The attack reportedly started over a Monopoly board game while the two were consuming alcoholic beverages with a niece and that nieces husband.

During the attack the victim advised that Tommie Hurst, Jr. punched her several times while threatening to kill her. She also suggested that the 36-year-old man grabbed a box cutter during the assault, which left cuts on the victim. At one point, the victim hit Hurst over the head with a liquor bottle while trying to defend herself.

The fight ended with another family member dialing 911. That family member, along with a two-year-old child, witnessed the assault and gave a statement to police.

Hurst had to be treated by paramedics on the scene for a wound to his forehead while the victim was transported to St. Thomas Rutherford Hospital.