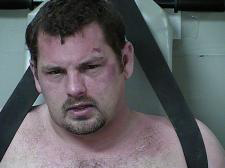 32 Year old Steven Shawl of Manchester was arrested by Smyrna authorities after a police pursuit early Tuesday morning. Shawl is accused of leading officers on a chase while intoxicated.

Shawl was said to have driven into oncoming traffic during the chase and even crashed into other vehicles. Police were eventually able to use a patrol car to block him in as he was nearing Waldron Road on Murfreesboro Road in LaVergne.

Shawl was booked into the county jail just before 4 AM on Tuesday. He was charged with Evading Arrest, Resisting Arrest, Criminal Impersonation, DUI, Reckless Endangerment, Driving on a Suspended License, and Refusal of Implied Consent.