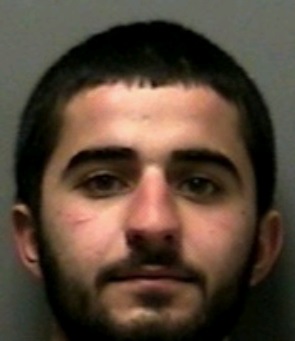 The fight was over a parking space… Murfreesboro Police responded to a small apartment complex at 1321 Dudley Street where a resident told officers he noticed someone had used the parking space in front of his unit. The man told officers he asked the person who had parked in the space to move and waited five minutes before addressing the subject identified as Murtadha Maen a second time.

Carson Poindexter told us that Maen, who he calls "Murt," helps him with apartment maintenance. Poindexter witnessed the entire incident and explained to WGNS, there is much more to this story then what was originally reported. Poindexter, who said he jumped in to help "Murt" (Maen), was arrested after the so called victim filed a warrant with the Rutherford County Sheriff's Office. Poindexter claims the man who wanted the parking space, threw the first punch, although that is not outlined in the initial incident report...

In the initial report filed with Murfreesboro Police, the reported victim claims that Maen pulled out a knife and assaulted him. The police incident report shows that the 48-year old victim was bleeding from a laceration below his right eye when they arrived, but did not specify how he got cut. He was taken to St. Thomas Rutherford for treatment and was released soon after.

The situation will now be up to a judge to sort out.