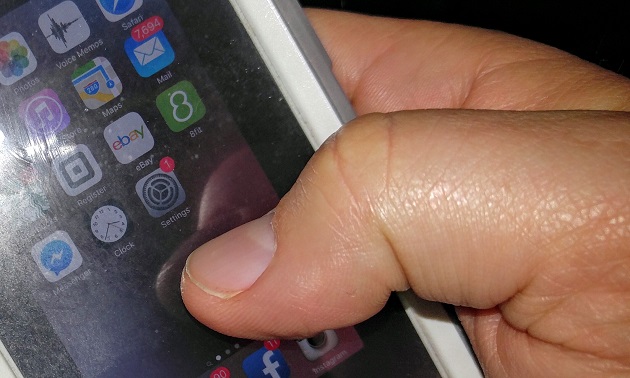 A Murfreesboro man who had his cellphone seized by police on April 4th evidently decided to utilize his mothers phone for drug sales, according to a police report filed on April 5th.

Police located 49 year old Gregory Wayne Estes at College Grove Apartments. Officer Aaron Price reported that Estes was parked in a handicap parking space and asked him to leave the property. Officer Price recognized Estes from a previous run in with him at a local motel the day before.

When the assistant manager of the apartment complex told Estes that if he did not leave the complex he would be trespassing, he walked away and headed to an apartment unit. When the police officer told Estes to stop, he evidently refused and a scuffle ensued. Officer Price received minor injuries in the scuffle prior to placing Estes in handcuffs.

During the scuffle with police, Estes allegedly threw a cellophane wrapper on the ground. Inside the cellophane were 20 Xanax pills, 2 Adderall pills and 2 Opana pills. The police report showed that the pills were in the wrapper with the intent to distribute them.

As of Wednesday afternoon, Estes was still behind bars under a $19,500 bond.