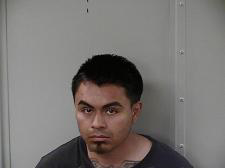 A folded up dollar bill that was said to be dropped under an SUV as police spoke to a man who was sitting in his vehicle was collected as evidence.

Murfreesboro Police say they encountered Antioch resident Luis G. Ortiz-Infant on Wednesday when they noticed he was sitting inside his vehicle on Westlawn Boulevard. When the 21 year old exited the 2009 Cadillac SUV for police, Officer Jacob Lamb noticed Infant dropped a folded up dollar bill. At that time, Officer Lamb immediately placed the subject in handcuffs and retrieved the dollar.

According to the report, the dollar had a powdery substance on it that tested positive for Heroin. Police searched the vehicle and found a marijuana cigarette in the center console, but additional Heroin was not located.