Man arrested for unlawful use of 9-1-1 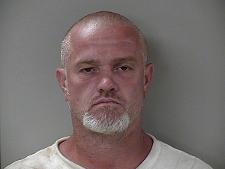 A Lascassas Pike man was accused of unlawfully using the 9-1-1 line in Murfreesboro. Police say he called dispatch and advised them that he had been shot. He then called back to say he was "shot at" and not shot. He allegedly told the operators that he had to jump out of a vehicle.

When Murfreesboro Police arrived at his Lascassas address, a police report shows that he told officers he was on the phone with the FBI. The report also noted that he had a strong odor of an intoxicant.

The report went on to say that Buddy Davis then demanded more officers, so he evidently called 9-1-1 again as police watched. It was at that point that the 37 year old man was arrested and taken to the local jail. He was charged with the unlawful use of 9-1-1 and public intoxication.