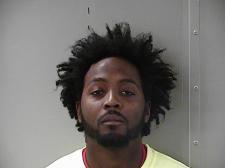 A Smyrna man has been arrested by Murfreesboro Police for the rape of a child.

28 Year old Antoine Jamal Hendricks of Spinner Lane was taken into custody during a traffic stop on South Church Street. Hendricks had an outstanding sealed indictment for his arrest.

While details of the case have not been released, due to it being sealed at this time, the charges he faces have been released by the courts.

Hendricks faces two counts of "Rape of a Child," five counts of "Aggravated Sexual Battery," "Sexual Battery by an Authority Figure," and "Invasion of Privacy with Reasonable Expectation of Privacy." It has also been confirmed that the victim in the case is under the age of 13.

Court dates have not been announced. Hendricks remains jailed under a $150,000 bond.