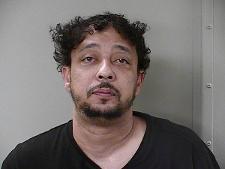 A 39-year-old Antioch man has been arrested and charged with his 4th DUI while visiting Murfreesboro. The arrest occurred at 3 in the morning on Middle Tennessee Boulevard when authorities spotted Garland Bess' vehicle that had an expired tag.

When police approached Bess the arresting officers noted that the smell of alcohol was present. Police also say that Bess seemed confused when he was asked for his identification.

After Bess was taken to jail, he refused to submit to a blood alcohol content test. Due to his refusal, a warrant for his blood was obtained and the test was conducted.

The official arrest report filed in Murfreesboro shows that this was the 4th time that Bess has been charged with DUI. It was also the 2nd time for him to be charged with Driving on a Revoked License.