Man Convicted of Kidnapping in Rutherford County to Remain in Prison 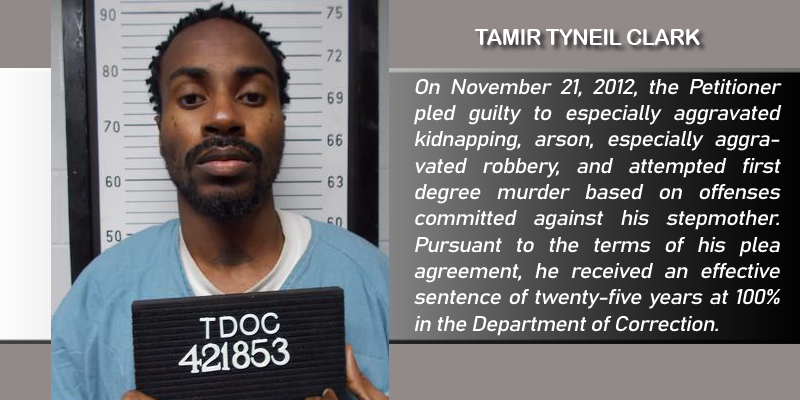 Tamir Clark was sentenced to serve 25 years in prison without parole in 2012. He later appealed alleging ineffective assistance of counsel and unknowing and involuntary pleas. But, the courts denied any changes to his plea. Clark also filed a second request for a new trial stating new evidence had been discovered. Again, the appeal courts did not see the argument fit to hold a new trial after their review.

Now, the courts have looked into another filing by Clark for entitled, "Motion to Withdraw Guilty Plea." Clark said that the judgment for his especially aggravated robbery conviction was "statutorily improper because it failed to provide a schedule for or method of payment" of restitution, as required by the robbery and theft statutes. The Petitioner further alleged that his guilty pleas in the case were again unknowing and involuntary because the trial court failed to make him aware of his "mandatory obligation" to pay restitution.

The end result: 32-year-old Tamir Clark will remain in prison until September 2, 2036. At that time, Clark will be 48 years old.