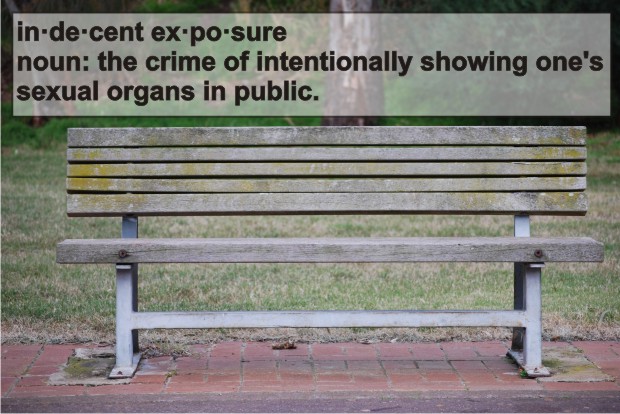 It was 7:00 as the sun began to set over the Greenway trail in Murfreesboro in the area of Old Fort Park when police received a call about a man sitting on a park bench with his pants around his ankles. As officers approached the area, they asked walkers if they noticed such an incident while getting their daily exercise. The answer was a surprising "Yes."

Officers then made their way to the concrete path and found a subject wearing a sleeveless shirt while sitting on a bench with his pants around his ankles. The man had his hand in the area of his groin when police approached.

When authorities asked 47-year old Darrell Eberwein what was going on he responded, "He was at the other side of the park and a Japanese girl was touching him. Mr. Eberwein then stated the girl asked for money so he left that area and went to a different area of the park to pleasure himself because he was excited and didn't want to pay." The report went on to state that a condom was found next to his feet.

The homeless man had an odor of intoxication and a half empty bottle of Vodka with him at the time of his arrest. He was charged with Indecent Exposure and Public Intoxication. He will appear in court on November 18, 2015.