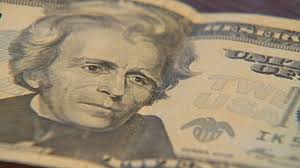 A man living in Rutherford County who is from India fell for a scam that cost him over $5,000. The victim told police he received a call from a subject claiming to be a bondsman. The man on the phone told the victim that he was in violation of federal laws for sending money to family members or friends in India. The scam artist evidently did his homework because he knew details about the victim.

The man on the other end of the line told the victim that he could avoid jail time by paying him several thousand dollars. The subject told the victim to visit multiple pharmacies around Murfreesboro and purchase separate Money Pak cards, placing $500 on each card. The conman then told the victim to tell him the numbers on each card, along with the pin numbers. The victim fell for it - hook, line and sinker.

Police have few details to go on, but the case is now in the hands of Murfreesboro detectives. The victim is out of close to $6,000. No arrests have been made.