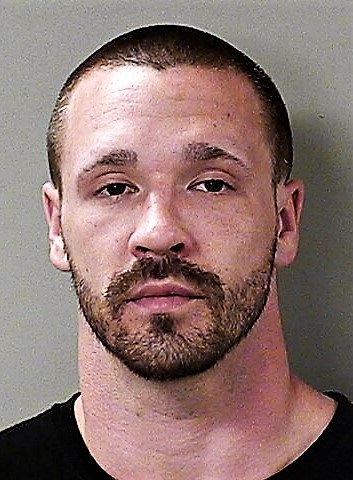 Shortly before 9:00 o'clock Wednesday morning, Rutherford County Sheriff's SWAT officers were able to persuade a 29-year old man to leave his girlfriend's home on Turner Avenue. This was after a 4-hour standoff.

SWAT Commander Lieutenant Chris Kauffman said Gooden would not talk with deputies on his cell phone. The SWAT team responded with an armored vehicle and commanded him to leave.

"After an hour, he finally complied," Kauffman said.

Sheriff Mike Fitzhugh said deputies responded to a 911 call from his ex-girlfriend's about 4:00 o'clock Wednesday morning. She suffered injuries and went outside the home. Rutherford County Emergency Medical Services paramedics treated her before taking her to St. Thomas Rutherford Hospital.

Gooden reportedly would not answer the door when deputies tried to talk with him.

Detective Patty Oeser said she plans to charge Gooden with aggravated assault and violation of his bond conditions.

Gooden's arrest record showed this is the third time he was charged with assaulting the same woman. He was previously charged with domestic assault of her June 8 and Aug. 3. He was also charged with violating his bond conditions.

He was charged with domestic assault of another woman last year.

He noted, "It resulted in a successful, safe rescue around 8:50 Wednesday morning."