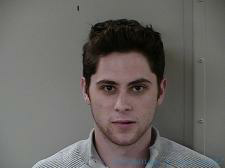 22 Year old Michael Hayes, who was arrested after Smyrna Police contacted media this past March in their attempt to locate the man, will go before a Rutherford County Judge next month.

Hayes was wanted by Smyrna police in regards to a child rape case where he was a suspect. He was also wanted for questioning in reference to the statutory rape of another minor child, according to authorities.

Hayes was arrested in Sullivan County, Tennessee and later transferred to Rutherford County this past March. The man will file either a guilty or not guilty plea in court on July 27, 2016.