Man Tries to Rob Bank Dressed as a Woman in Nashville 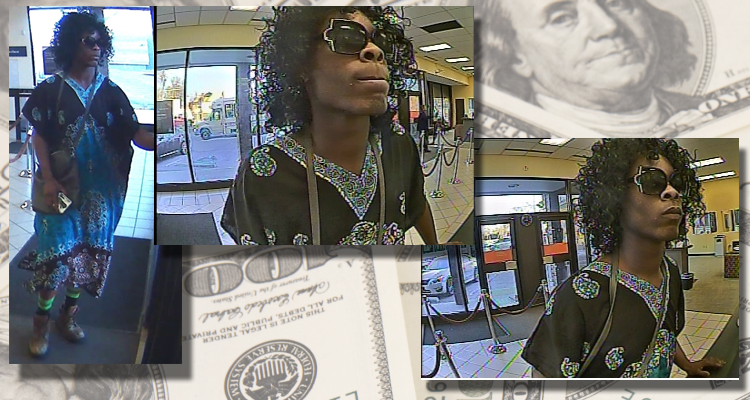 Perhaps Steven Tyler from the group Aerosmith said it best...

Nashville Metro Police detectives and the FBI are continuing their efforts to identify the man who tried to rob SunTrust Bank on Dr. D.B. Todd Boulevard - - dressed as a woman. The Nashville robbery occurred on this past week on March 2, 2018.

The robber passed the teller a money demand note that threatened violence if he wasn't given cash. However, he fled before the teller had time to react to it. He is thought to be the same person who actually robbed the bank last September 29th dressed as a woman.

Get a Cash Reward if you recognize the suspect:

Anyone recognizing the robber is asked to contact Crime Stoppers at 615-742-7463. Callers to Crime Stoppers can remain anonymous and qualify for a cash reward.