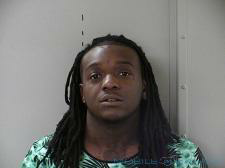 Murfreesboro Police captured a wanted fugitive who had a total of 10 warrants against him this past Saturday morning.

Officers were patrolling College Grove Apartments due to a recent rash of vehicle break-ins when they observed a suspicious Dodge Charger backed into a parking space. When police stopped to speak to the two occupants of the car, the two unknown men took off on foot. However, one of the two was quickly apprehended while the second got away.

Police say that 22-year old Joseph F. James had a small amount of crack cocaine, Xanax and marijuana in his possession when he was searched. Police also confirmed that he had numerous warrants out for his arrest.

James was wanted on the following charges:

The Murfreesboro man was also charged for allegedly possessing the crack, marijuana and Xanax on Saturday morning. He is due in court on August 10, 2016.

James remains behind bars at this time.