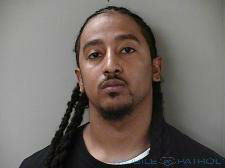 A Detroit, Michigan man told police that he was returning to Michigan the day he was allegedly caught shoplifting in Murfreesboro.

31 Year old Kevin J. Allen II reportedly stole a vacuum cleaner off the Walmart shelf and then tried to return it for a refund at the customer service desk. Evidently, he was caught by a loss prevention worker in the process.

Allen told authorities that his day job is in security. The Detroit resident told police he works security at a high school.

The police report showed that officers thought he posed a significant flight risk, so they arrested him as opposed to issuing him a citation for the alleged theft.

As for the vacuum cleaner, it is back on the store shelf.