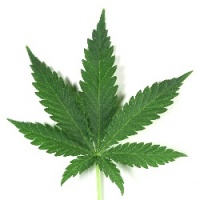 A man who was arrested in October of 2013 for allegedly selling marijuana in a home that was occupied by several children will soon face Circuit Court Judge Keith Siskin.

51-Year old Barry Wade Anderson was apprehended at a home on East Castle Street shortly after the Department of Children Services were contacted. Inside the home where Anderson was arrested were three small children, all under the age of 5. A total of five bags of marijuana were located in the home along with marijuana seeds that were located in an ashtray next to one of the children who was found to be asleep on a mattress.

When Anderson was previously questioned by police at his home, he allegedly told officers he had just sold $20 worth of marijuana, all while listing his work status as unemployed on an arrest report when police asked him what he did for a living.