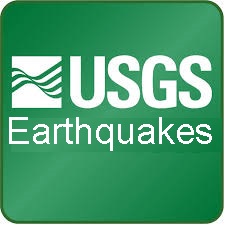 The government's coordinates placed the low level earth movement around Kimbrly Lane, off Hillsboro Boulevard. The location is a field located near the I-24 exit where Walmart, Home Depot and the Toyota dealership are located. In fact, it was a mere 1,700 feet away.

The USGS reports that the quake was measured by 14 monitoring points at 18:45 Universale Time Coordinate. Central Daylight Time is 5-hours prior to UTC, so that puts the earthquake 13:45 or 1:45 on Saturday afternoon.

Scientists explain that the 2.6 level is barely enough to be felt, andmore likely to only be recorded by seismographic instruments. The USGS describes a earthquake as movement in the 2.5 to 8 magnitude range.

Due to the low magnitue of the quake, feedback from those feeling the Saturday afternoon rumble have been few: 14 in Manchester, 2 near Cookeville, and there were several communities in which one person responded: Tullahoma, Petersburg, Woodbury, McMinnville, Franklin--plua, the farthest report was from a person 135 miles away on Lookout Mountain.

The government agency notes that earthquakes are not common to the area, but do occur. In fact, a 2.8 measurement was recorded near Shelbyville on January 16, 2019.

By the way, the USGS recorded six earthquakes in the continental United States Saturday: 2.6 near Kitsap Lake in Washington; two in California--first a 2.7 in Tres Pinos and then a 3.1 in Glen Avon; then a hop to Nevada with a 3.5 in Alamo; a 2.6 in Holdenville, Oklahoma; and the 2.6 near Manchester.