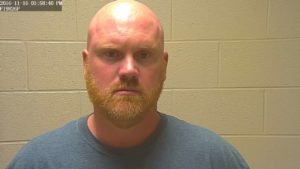 Daniel Austin Freeze of Manchester was arrested recently on indictments for rape.

Freeze is accused of having sexual relations with a child between the age of 13 and 18 years old. The alleged sexual encounters allegedly occurred between May 2014 and December 2014.

Freeze was released from the Coffee County Jail after posting bond that was set at $50,000. He is scheduled to appear in Coffee County Circuit Court on Wednesday.