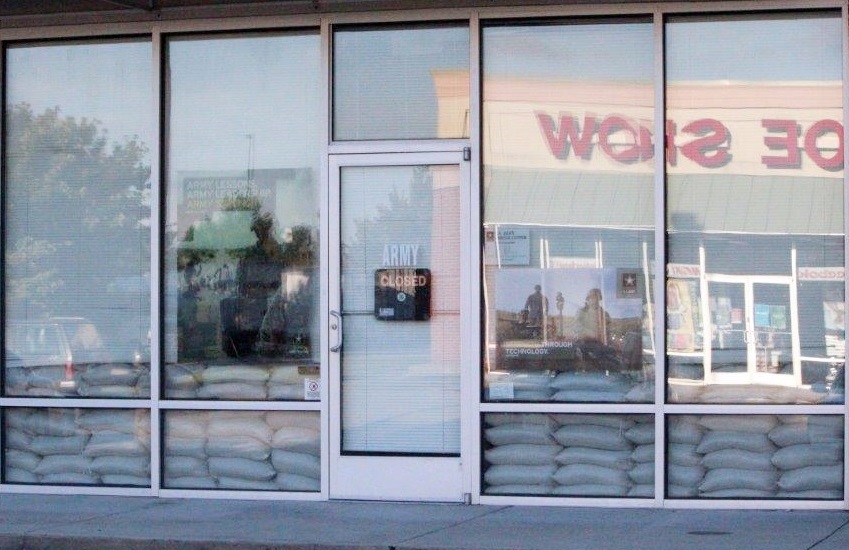 As heard in past newscast, Murfreesboro citizens continue to gather in front of the local recruiting station armed with rifles to protect the men and women inside. Manchester residents are also helping local recruiters as well.

After four marines and one sailor were killed in Chattanooga last week, the Manchester Police Department and city personnel volunteered to line the interior of their Army recruiting center in the city with dozens of sandbags on Wednesday. 15 volunteers worked to place the sandbags inside the center so they could possibly absorb ammunition in the event of an attack in Manchester. "It's personal for us to protect these guys and help them the best that we can," Assistant Cheif Adan Floied said.

Manchester PD, along with the Manchester Street Department, rallied together, filled sandbags and delivered them (approx 300) to the U.S. Army recruiting office. These were installed as a safety measure to better protect soldiers or citizens while inside the office. Manchester Police and the Army work shoulder-to-shoulder to provide the best service and protection to our communities. This was a team effort and a successful mission.

The sandbags are temporary, but Army leaders are looking at a more permanent security measure at recruiting centers.