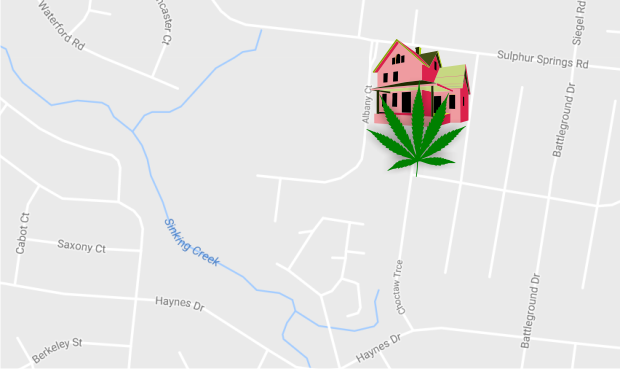 Richard H. Hodge was taken into custody at his home when authorities showed up with a warrant in hand. During a search of his home, police found a marijuana grow operation located inside a custom built garage cabinet. Detectives also found a THC Extraction Kit used to make what are called marijuana "Dabs" or "Honey Oil."

In an outbuilding on Hodge's property, police located two boxes of marijuana plants that appeared to be laid out to dry. When questioned, Hodge advised that he had been growing weed since 2013 and just recently started to produce his own oil.

Hodge was booked under a $14,000 bond in the local jail. He faces charges for manufacturing drugs and maintaining a dwelling for the purpose of drugs.