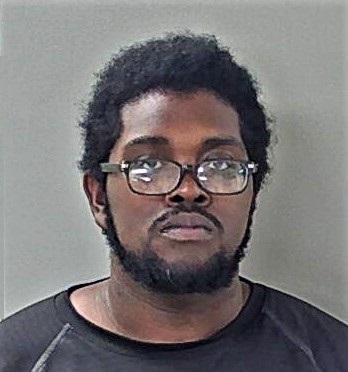 (MURFREESBORO) Murfreesboro Police have cuffed and charged a man with robbing convenience stores along Memorial Boulevard for the past week and a half.

29-year old Mark Longmire, Jr. is accused of using a shotgun and getting away with hundreds of dollars and cigarettes at Mapco and Smoke and Vape.

The final heist apparently did Longmire in. Officers spotted a subject nearby who matched the description given by the clerk. When they detained him, police found a BB gun that looked like a shotgun. The suspect was identified as Mark Longmire, Jr.

• Mapco Mart 1415 Memorial Blvd On 10/18/19 around 1:48 a.m., a man wearing all black entered the store with a shotgun demanding money from the cash register and safe and cigarettes. He got away with several hundred dollars and several packs of Newport cigarettes.

• Smoke Vape & Pipe 1004 Memorial Blvd On 10/18/19 around 11:00 p.m., the clerk told police a man wearing a black hoodie and ski mask, pointing a shotgun demanding money from the cash register and the victim's pockets. The clerk cooperated and the suspect fled the scene on foot.

• Murfreesboro Police Chief Michael Bowen said, "As of this time we are able to solve at least four robberies with this one arrest. I am thankful for the hard work and investigative efforts by our officers in identifying and arresting this suspect."

Longmire is charged with four counts of Aggravated Robbery and one count of Aggravated Kidnapping. He is scheduled to appear in Rutherford County General Sessions Court November 21, 2019. His total bond was set at $45,000.

PLEASE NOTE: All suspects are presumed innocent until proven guilty in a court of law. The arrest records or information about an arrest that are published or reported on WGNS are not an indication of guilt, or evidence that an actual crime has been committed. This material is from the files of and reported by the Murfreesboro Police Department.