Mass Shooting Could Even Happen Here 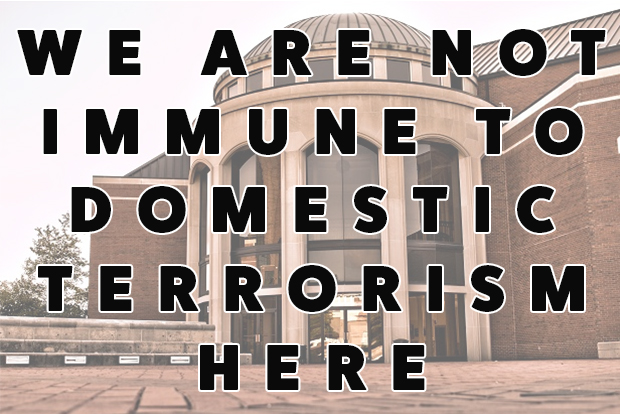 While thousands of miles away from the tragedy in Las Vegas here in Rutherford County, police and emergency officials know it could happen anywhere. Even here:

Murfreesboro Police Major Clyde Adkison tells NewsRadio WGNS domestic terrorism isn't something you necessarily can stop, but you can be prepared:

The term "domestic terrorism" is one some may shy away from using. However, Adkison, who teaches a class on terrorism at MTSU as an adjunct professor, says it describes the Las Vegas incident:

Adkison feels the reaction of law enforcement in Las Vegas was as good as it could have been:

And on the thought of terrorism, in general, Adkison says any person who engages in an act of terrorism wants the public to be fearful:

Adkison says we can't live our lives in fear:

Adkison does say we have to always be aware of our surroundings at public events and gatherings:

If you'd like to hear more from the conversation with Major Adkison, check the "On Demand" section of WGNSRadio.com and go to the Action Line page.