May is officially Motorcycle Awareness Month 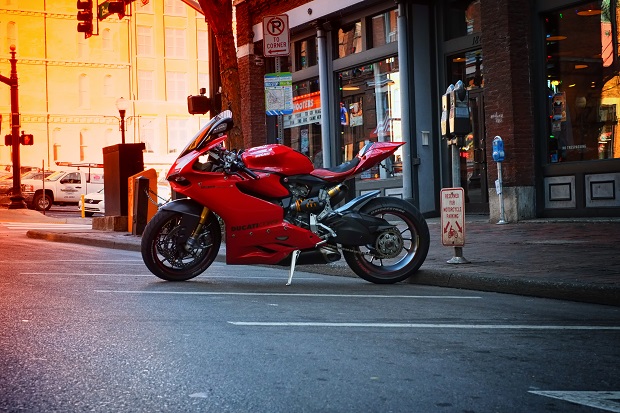 Ducati 1199. At the time of its release, Ducati claimed 1199 Panigale was the world's most powerful production twin-cylinder engine motorcycle. Photo by Scott Walker. See more at SmallTownBigWorld.com

May is designated as national Motorcycle Safety Awareness Month. The Tennessee Governor's Highway Safety Office and the Tennessee Highway Patrol have joined to share a unified message: Share the Road.

"As the weather gets warmer, more and more motorcyclists will be on the road," said Governor's Highway Safety Office Director Kendell Poole. "It takes everyone working together to stay safe. Motorcyclists take extra precaution with protective gear and being aware of their surroundings. We are asking all other drivers to do their part and take the extra time to look twice."

According to the Department of Safety and Homeland Security, there were 2,710 known crashes involving a motorcycle in 2014 that resulted in 121 deaths.

"When a car collides with a motorcyclist, it is much different than a crash between two cars," said Tennessee Highway Patrol Colonel Tracy Trott. "A motorcyclist has little defense against the tons of steel that will hit them. While traffic fatalities statewide are declining, motorcycle fatalities have continued to rise. Over the last decade, we have seen an approximate twenty-five percent increase.