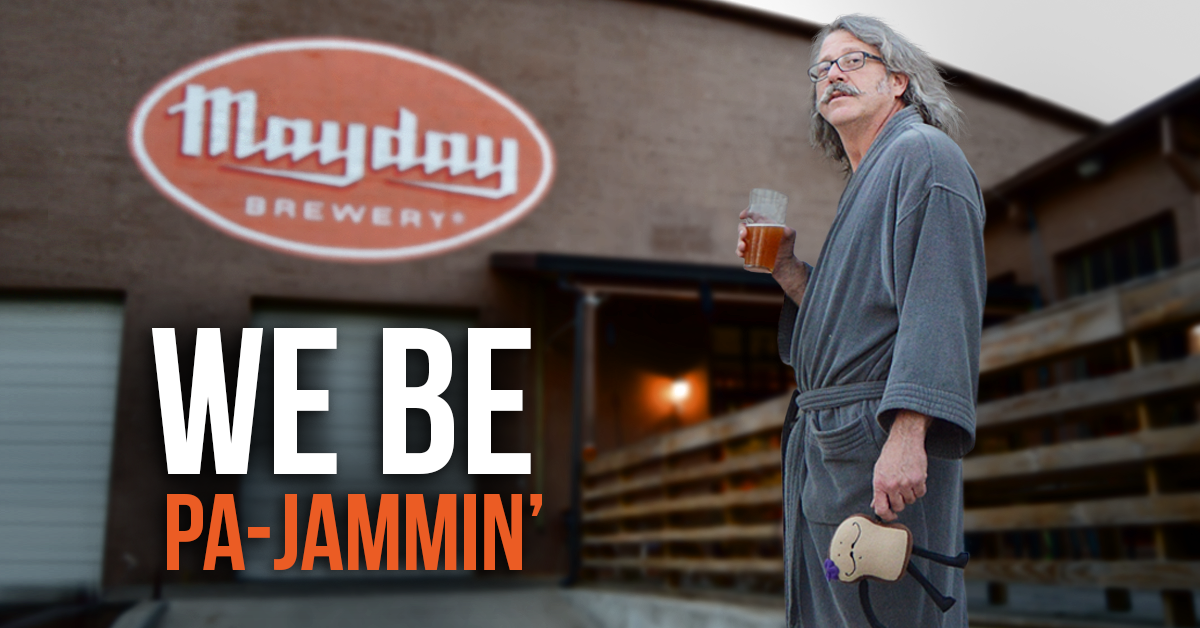 "Ozzy and his team excel at putting together fun events that the community can enjoy, having a great time while raising money for a good cause at the same time," Taylor said. "Movember encourages men to grow a mustache for the month of November as their 'awareness ribbon' to raise money for men's health and cancer research. And for this party, we want to take it to the next level by asking everyone to wear their PJs."

Admission is free and Mayday's doors will open at 1 p.m. Nelson will get the crowd warmed up with a one-of-a-kind brewery tour (in his pajamas, of course) at 3 p.m., 4 p.m., and 5 p.m, and live music kicks off at 6 p.m. by Nashville-favorite Jake Leg Stompers.

"Murfreesboro is fortunate to have one of the great American institutions in our hometown, Mayday Brewery, located just far enough on the wrong side of the tracks for authenticity, but not so far that you have to leave a trail of beer nuts to find your way home," said Hambone Willie Nevil, front man for Jake Leg Stompers.

"And speaking of living of the wrong side of the tracks, Jake Leg Stompers, Murfreesboro's hometown prohibition-era jugband (that know their way around a jug), are thrilled to be providing entertainment for Mayday's 4th anniversary and Ozzy's 51st birthday celebration. Delicious beer and prohibition speakeasy music is a combination that was once illegal in the state, and after this party on December 3, may very well be again-so you better come out before everybody else catches on!"

Local food truck, My Roots Curbside Culinary, will be there serving their fresh gourmet quesadillas and sliders for the occasion from 1:00pm until 9:00.