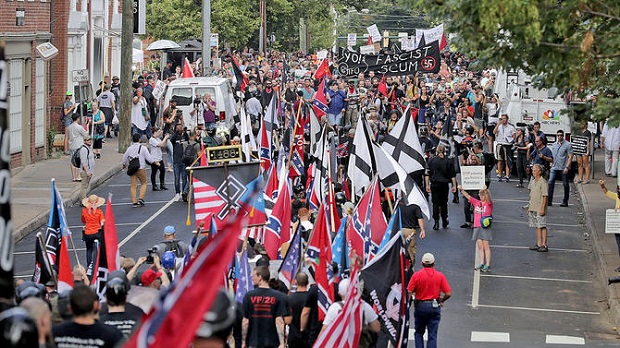 Photo of the Charlottesville, Virginia, rally held by some of the same groups who will descend on Murfreesboro October 28th for a rally. Photo from CBS News

In a press release from the National Socialist Movement, the Detroit, Michigan-based group stated that the organization's winter "street action" event will be on October 28th in Murfreesboro as well as Shelbyville.

The release went on to say they'll be joined by other member organizations of the Nationalist Front, including League of the South and the Traditionalist Workers Party.

The event is expected to be on the Murfreesboro Square Saturday, October 28th sometime after 1 in the afternoon. Reports indicate the group does not have to have a permit to voice their freedom of speech. Constitutionally speaking, the group cannot be banned from meeting on the local square.

A group known as The League of the South, based in Alabama, did apply for a permit to hold an assembly on the square. The group stated in their permit application that their event would be... "A heritage assembly paying respect to the fallen of the Civil War." The application was filed by Robert Baker, but not approved by the City of Murfreesboro, as of October 19th.

The mayor also commented at the African American Heritage Society black tie affair, Murfreesboro Mayor Shane McFarland made a statement about the proposed upcoming that has been labeled as a White Lives Matter event.