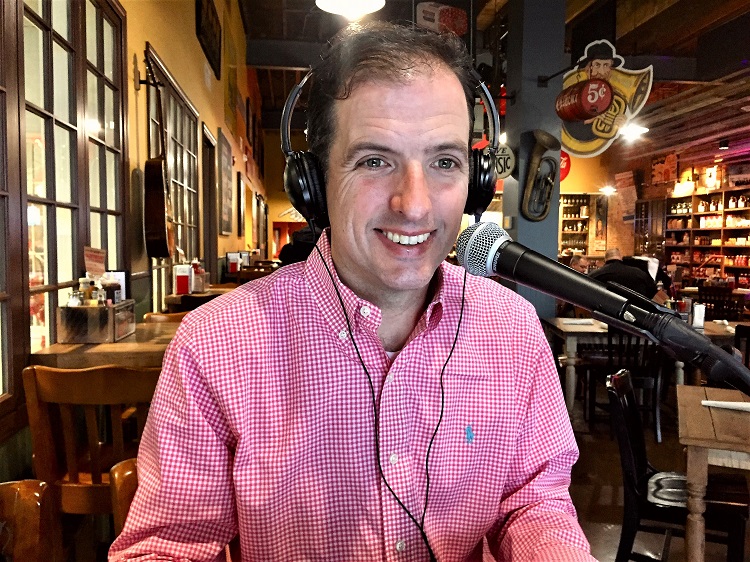 Murfreesboro Mayor Shane McFarland talks with listeners who phone his "live" radio show on WGNS. The broadcast is from Puckett's Grocery and Restaurant on the Murfreesboro square.

Murfreesboro Mayor Shane McFarland never knows what the public will ask him when they call into his radio broadcast on WGNS. With most questions, he has a solid answer. However, when he does not know--the mayor admits it and immediately reaches out to staff members for an accurate response. Sometimes the information is received before the broadcast is over, but it often takes research by city employees.

Here are some of the answers Mayor McFarland has received to questions asked on Wednesday (2/14/2018).

Below is a summary of the recent crash data. In 2016 and 2017 there were 3 crashes each year. However, with the New Year--2018 has already had 3 crashes for the month of January.

City Engineer Chris Griffith will be evaluating the condition of the pavement and super elevation to determine if any treatments are warranted.

Traffic Engineer Ram Balachandran is working with MED to repair a damaged street light in the median across from Georgetown Entrance replaced as soon as possible.

WGNS broadcasts from Puckett's Grocery and Restaurant every Wednesday morning from 8:10-9:00AM. Guests on that day always interact with listeners about government services. Puckett's is located at 114 N. Church Street on the east side of the historic Murfreesboro square. The public is invited to join in on the conversation by phone or in person at the restaurant. There is a microphone set-up in Puckett's where the public can step up and ask a question. The call-in number is 615-893-1450.