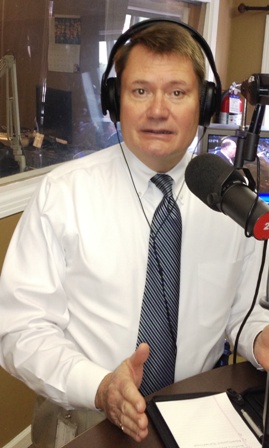 City Manager Rob Lyons accepted Chief Chrisman's notice Friday morning saying "Chief Chrisman has served the City of Murfreesboro with great honor and distinction. I have admired his ability to bring calm during unrest, wisdom during difficult situations, compassion when needed and leadership that was fair, consistent and true. He has made our city, the police department and employees better and performed his duties with deep humility. His faithful service to our community is something to celebrate."

After serving as a Rutherford County Deputy Sheriff from January through November, 1976, he was employed as a police officer by the Murfreesboro Police Department in December of 1976. He advanced through the ranks from Police Officer to Sergeant, Lieutenant, Captain, Deputy Chief, and was appointed Chief of Police, effective September 1, 2003.

He received his Associates and Bachelor's degrees from MTSU in 1992, and his Master's degree in Criminal Justice Administration in 2001. He is a 1992 graduate of the 170th session of the FBI National Academy, and a 1996 graduate of Leadership Rutherford.

In addition to his responsibilities as Chief of Police, Chrisman has served as TACP President from 2012-2013, TACP Treasurer from 2005-2010, District Director for TN Law Enforcement Officers Association, and currently serves as chair of the Tennessee Peace Officers and Standards Training Commission. He has also been awarded the Joe Casey Award, Middle Tennessee Chief of the Year Award and the TACP President's Award.

He has been married to the former Lucy Mosley of Smyrna for forty years, and they have one daughter, Jackie Allman. He and his family are members of Fosterville Baptist Church.

"I have been blessed and privileged to serve as Murfreesboro Police Chief for twelve years. Words cannot express my heartfelt appreciation for the opportunities extended to me during my career at Murfreesboro Police. Our Department is poised for an exciting future of law enforcement excellence and leadership. It has been a deeply humbling experience to serve as your Chief of Police."