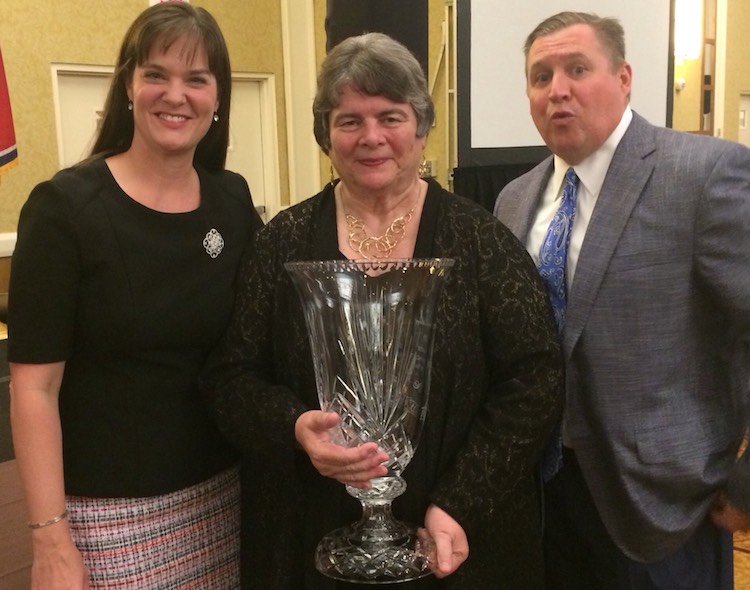 The Tennessee Organization of School Superintendents (TOSS) met in Gatlinburg, TN on September 9 for their annual Awards Banquet. The 2019 Tennessee Superintendent of the Year was announced at the banquet on Sunday night. This year the honored award recipient was Dr. Linda Gilbert of Murfreesboro City Schools, representing the Mid-Cumberland region of Tennessee.

Dr. Gilbert earned her B.S. in Music and Elementary Education, M.A.T. in Music, and Ed.S. in Administration and Supervision from Middle Tennessee State University (MTSU), followed by an Ed.D. in Curriculum and Instruction from Tennessee State University. Dr. Gilbert has served as the Director of Schools in Murfreesboro since 2010. Under her leadership, the school system has seen drastic improvements, going from School Improvement II status to a state-identified Exemplary School District.

TOSS Executive Director Dr. Dale Lynch stated, "First, I want to congratulate all of this year's Regional Superintendents of the Year. These eight directors embody outstanding leadership in each of their districts and throughout our state. A special congratulations goes out to Dr. Linda Gilbert for being chosen as the 2019 Tennessee Superintendent of the Year. She always goes above and beyond in her work, and her dedication has not gone unnoticed. It is an absolute honor to have Dr. Gilbert representing Tennessee."

Dr. Gilbert will now submit her application for the National Superintendent of the Year sponsored by the American Association of School Administrators (AASA), and she will represent the state of Tennessee at the 2019 AASA National Conference on Education in Los Angeles.

In addition, TOSS presented the George "Kip" Reel Award for Leadership in Education to Mr. David Pierce, CEO of Education Networks of America.