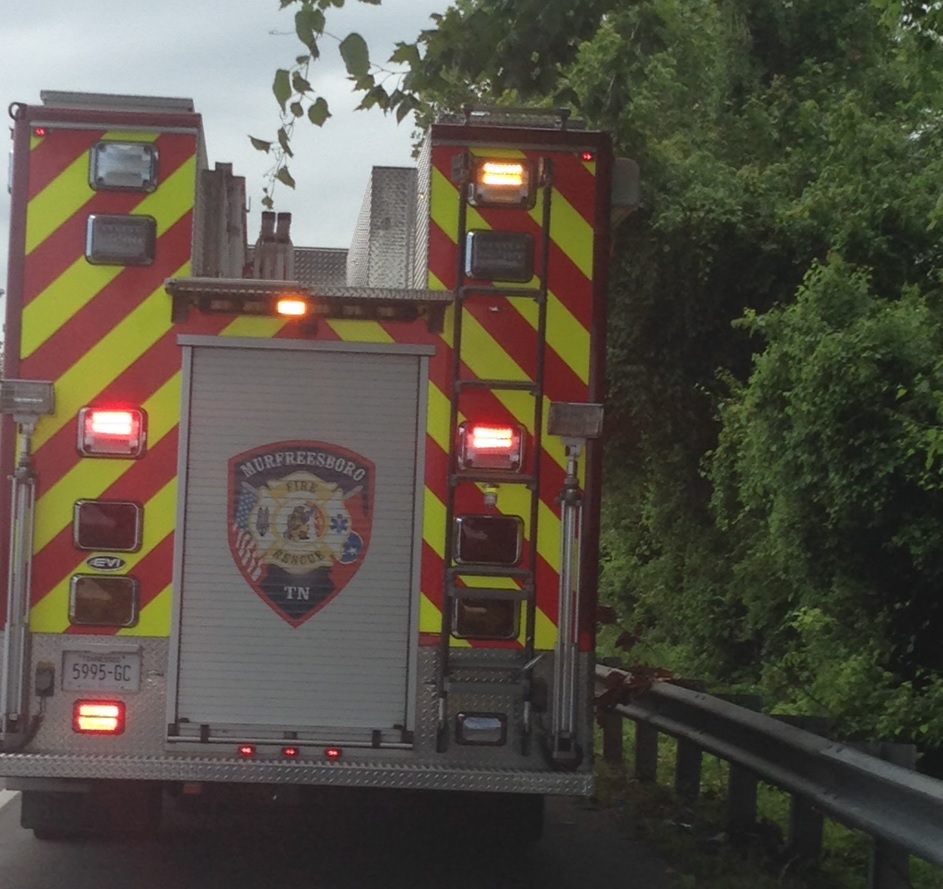 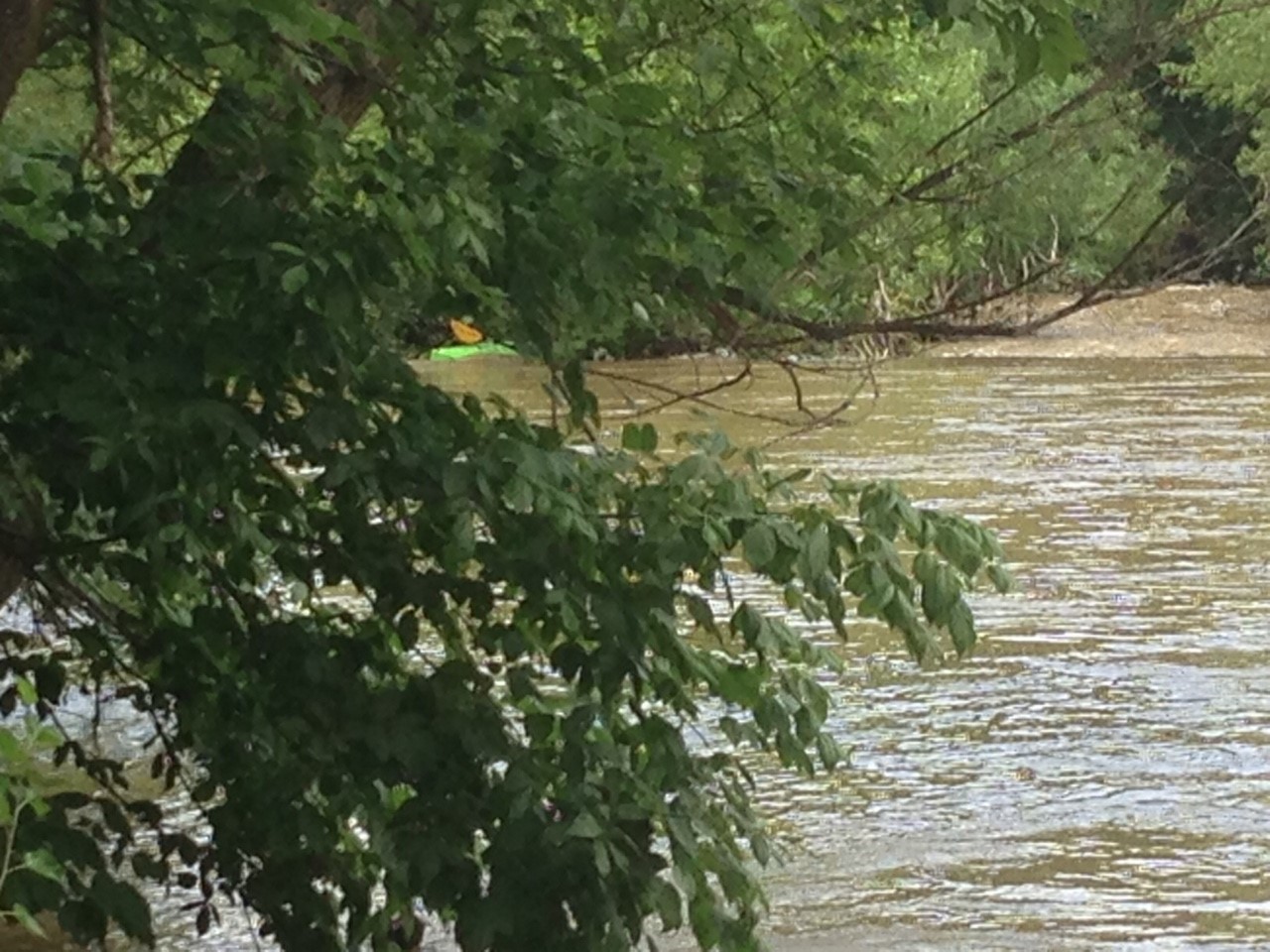 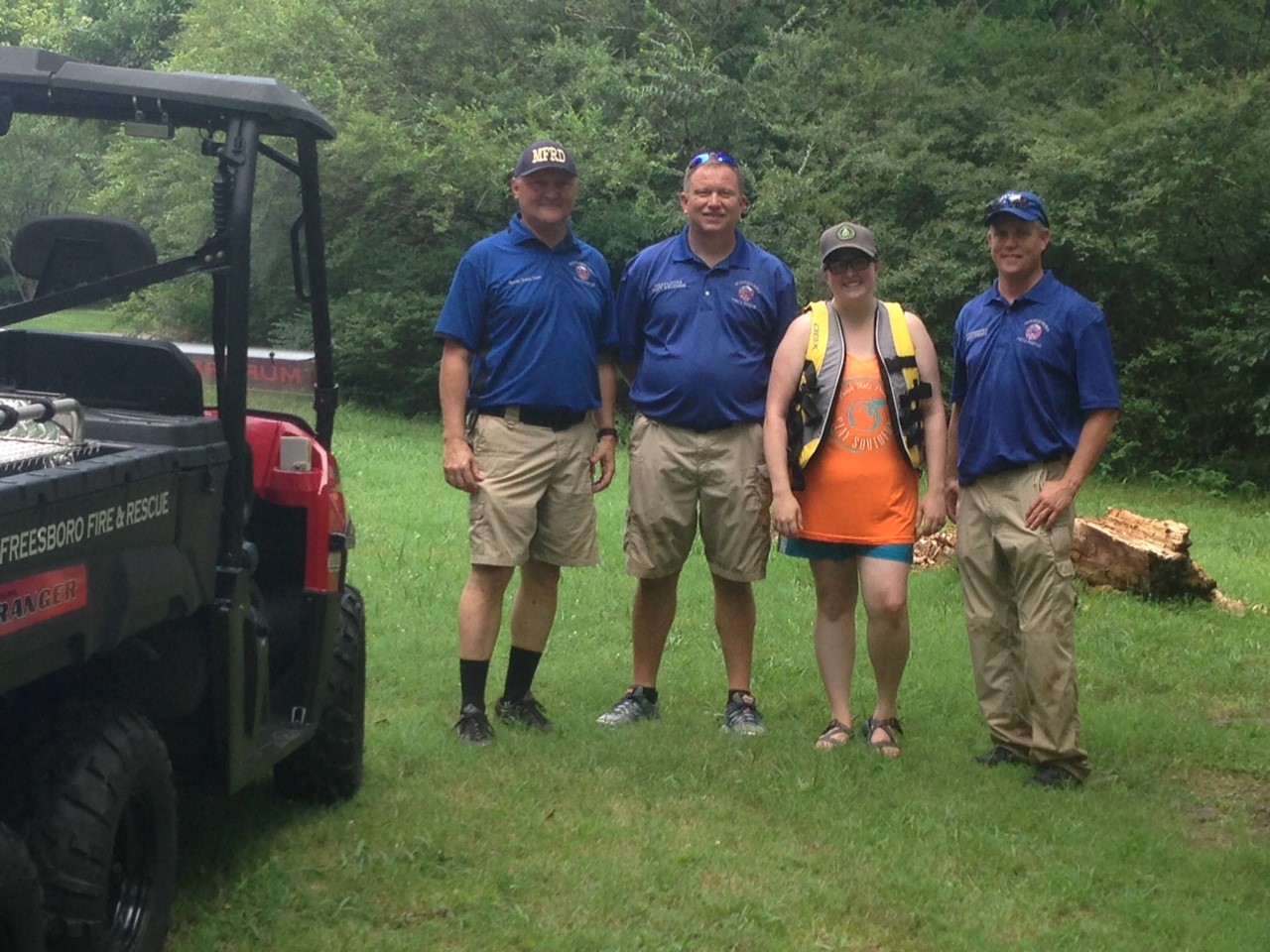 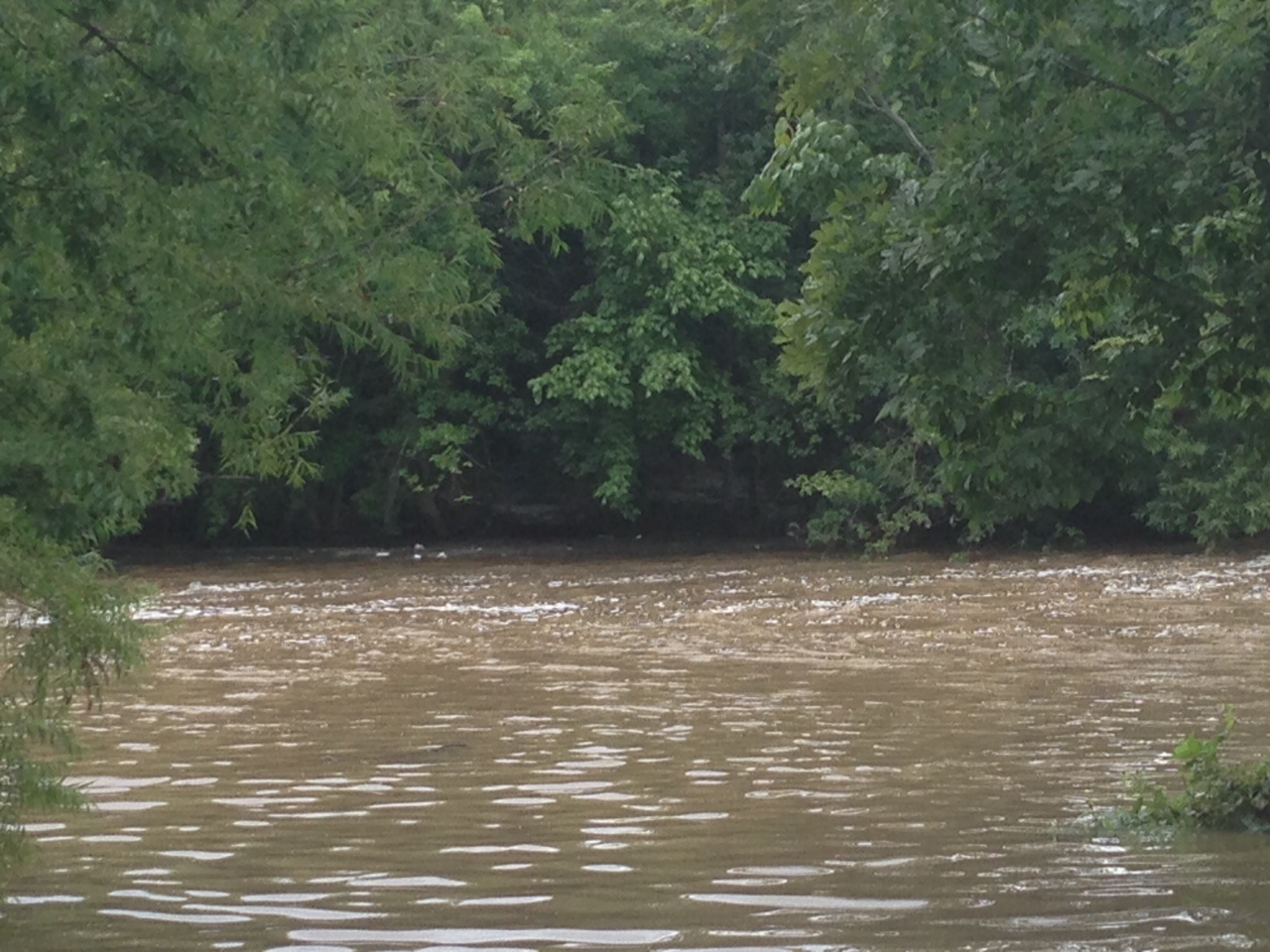 Crews were told that a woman was kayaking, her boat filled with water, and she was holding on to a tree limb somewhere on the Stones River along the 1500 block of Broad Street.

Rescuers/Firefighters Logan Gill and Josh Jackson located the victim. Jackson waded over to her and was able to get her safely to the shoreline.

Little did the victim, Camille Jones, know that her brother-in-law, Gill, was a part of the rescue efforts.

"My husband, father-in-law, and I just decided that we would take a Saturday kayaking trip," said Jones. "I never imagined it turning out like this."

Jones says they put in on Searcy Street and had no issue, until the current got stronger on down the river. The current pushed her kayak into a tree. She saw an opening for her to exit, but before she knew it, her boat was filling with water. "Luckily, I was in a grove and was able to stand to wait on rescuers."

Jones credits her husband Scott for thinking ahead and using his phone to access their location via Google Maps before calling 9-1-1.

When Jones realized that her brother-in-law was one of the rescuers, she was somewhat embarrassed. "I'm never going to live this down," she joked.

Another interesting twist to the story is that the kayak actually belonged to Gill's wife Rachel.

"I'm sure Logan will be talking about this for a while at family gatherings," said Jones. "Fortunately," she laughed, "the only casualties today were two water bottles."

MFRD Special Event Team Members Captain/Shift Inspector Clay Walls and Firefighters John Fisher and Matt Welcome were at Uncle Dave Macon Days when the call came in. They took used the department's Polaris Ranger to respond to the scene quickly.

"Everything just happened to work out for the best in this situation," said Captain Walls. "We are very happy about the favorable outcome, even if there will be a little laughter at Mrs. Jones' expense." Walls also praised Jackson for a job well done.