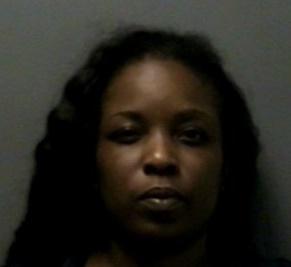 One Florida woman was charged with felony theft after being accused of stealing about $12,000 worth of merchandise from Dillard’s in Murfreesboro and Franklin and Macy’s in Franklin, a sheriff’s deputy reported.

Deputy Speck was working an off-duty security job at Dillard’s in Murfreesboro when Dillard’s security officer Raleigh Marlin received information from the Dillard’s in Cool Springs that three women and one man shoplifted from the store.

Marlin and Deputy Speck watched a woman leave the store with two large white Macy’s shopping bags full of Dillard’s stolen merchandise. Deputy Speck stopped her in a Chevrolet Tahoe as she tried to leave. Her three companions fled.

Deputy Speck charged Sauls who was booked into Rutherford County Adult Detention Center where she is being held on $10,000 bond. A hearing is set June 23 in General Sessions Court.