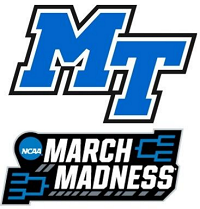 At the postgame press conference, senior Reggie Upshaw had 19-points and nine rebounds in the game. He talks about going to another gear when Minnesota cut Middle Tennessee's second half lead to four...

Middle Tennessee will play Butler on Saturday. NewsRadio WGNS will have the game.