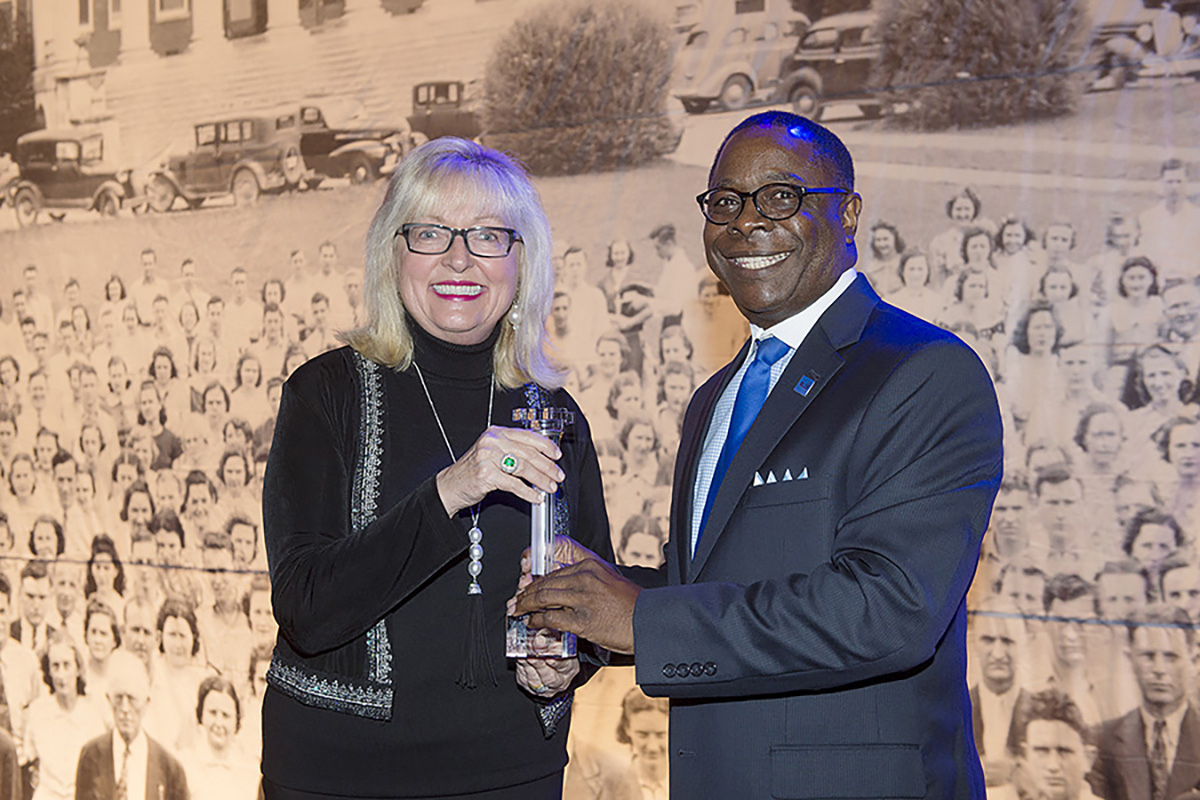 The $105,465,308 raised during the campaign, which concluded on Dec. 31, represents the largest fundraising effort in university history, far surpassing a $30 million campaign mark that was set in 2001.

"We launched this campaign in the middle of one of our nation's biggest economic downturns and set a goal that many thought we could never reach under the best of circumstances," President Sidney A. McPhee said Friday during an event at Embassy Suites Murfreesboro to unveil the campaign's results.

"The fact that we met -- and exceeded -- our goal speaks to the commitment of the campaign's volunteer leadership, the passion of our alumni and the vision we set forward for the future of our great university."

"The momentum from this campaign will guarantee the continued growth and success for MTSU. It will help assure that MTSU will continue to prosper as a nationally acclaimed, comprehensive university."

Haslam also lauded "MTSU's leadership in student success initiatives, adult degree completion, creative partnerships and outreach to veterans and military families" for helping in the Drive to 55, the state's initiative to increase the percentage of Tennesseans with post-secondary credentials.

Watch the video of Haslam's full remarks at http://youtu.be/qB1MTSrH6EE.

The Centennial Campaign was launched on Jan. 1, 2009, as MTSU prepared to mark the 100th anniversary of its 1911 founding. More than $54 million was raised during a three-year "quiet phase" of the campaign, which alone set a university record.

MTSU went public with the campaign on April 13, 2012, declaring a goal of $80 million and unveiling a $10 million gift by alumnus Andrew Woodfin "Woody" Miller of Nashville. Miller's gift allowed MTSU to purchase the property once occupied by then-Middle Tennessee Medical Center just west of the campus on Bell Street.

Joe Bales, vice president for university advancement and MTSU's chief development officer, said the $105 million was the result of more than 111,000 separate gifts from 23,276 different donors.

"This campaign was about more than dollars and donors," Bales said. "It was about creating a vision for our university's second century and giving our friends and supporters opportunities to help bring that vision to life."

McPhee said many of MTSU's most transformational gifts came about during the campaign's four -year public phase, including the $7 million in private-donor support necessary to augment public funds for the $147 million, state-of-the-art Science Building that opened in October 2014.

Other successes of the Centennial Campaign include more than $27 million in new scholarship funds; a $2.5 million gift by alumnus Joey Jacobs, matched by the state of Tennessee, creating an endowed chair of excellence in accounting -- the first new chair of excellence in Tennessee in more than 15 years, and the establishment of $28 million in planned estate gifts to provide support for many years to come.

Centennial Campaign projects in MT Athletics included the Jeff Hendrix Stadium Club that opened in 2012 and the Adams Tennis Complex that MTSU opened in 2015, built in partnership with the city of Murfreesboro and the Christy Houston Foundation.

Campaign chair and MTSU alumna Pamela Wright, founder and CEO of Nashville-based Wright Travel, said she was proud to be a part of such a transformative effort for her alma mater.

"We began this campaign as an opportunity to think about - and do something about -- the future of Middle Tennessee State University," Wright said. "Those who stepped forward in this effort have set our course for MTSU's second century."

Bales said the campaign exceeded its goal because of the work by Wright, her executive committee and other MTSU advocates.

"This record-setting, history-making effort was a success because of the passion and commitment of our volunteer leadership," Bales said.