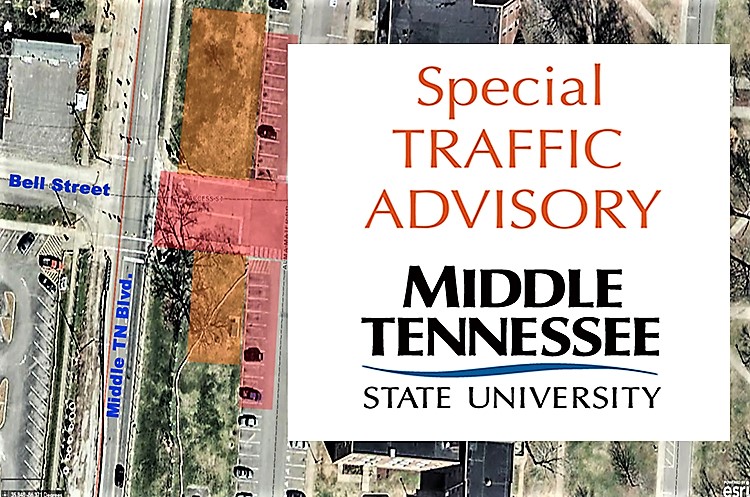 The ongoing Middle Tennessee Boulevard road-widening project will close both the Faulkinberry Drive and Bell Street campus entrances to traffic beginning Monday (12/18/2017) through sometime in mid-January.

The university will be closed December 22 through January 1 for winter break and spring semester classes begin Tuesday, January 16, 2018. These entrances may still be closed when classes resume. Campus parking and transportation officials urge motorists to make plans to avoid these areas during these temporary closures.

Work continues to progress on the $15.7 million Middle Tennessee Boulevard widening project, which will upgrade the .8-mile section of the thoroughfare between East Main and Greenland Drive. The city of Murfreesboro is overseeing the work, which is expected to be completed in fall 2018.

When the project is complete, the west side of campus also will be affected in the following ways: