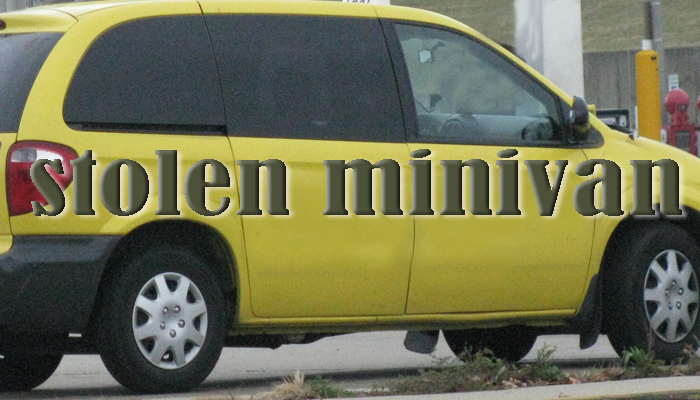 A construction worker in Murfreesboro told police he walked into the Florence Road Market on Broad Street at Florence Road and soon after he walked in, he saw his minivan drive away. Evidently, the victim left his van running while going into the convenience store.

A witness to the theft told police that she saw a white male come from the side of the building as the vehicle owner walked inside the store. The subject then followed the victim into the market, but quickly exited and headed for the Dodge Caravan. The man jumped inside and drove off.

The 2009 Dodge minivan was seen heading down NW Broad Street towards Smyrna. It was yellow in color and had Texas tags on the back.

The man who stole the van was described as a skinny, clean shaven white male with a pony tail, however the sides and back of his head were shaved... minus the pony tail or perhaps manbun, as described by the witness. The culprit stood about 5 foot 5 inches tall and was wearing a camouflage sweatshirt or jacket.

Shortly after the theft, Smyrna Police spotted the van and gave chase. However, they cancelled the pursuit as speeds were getting dangerously high.

Later in the day, the van was potted in LaVergne on Sean Cove. The van was unoccupied and the keys were still inside of it.

Prior to Murfreesboro Police allowing the theft victim to retrieve his van in LaVergne, he was reminded that state law does not allow for people to leave their vehicles running while unoccupied.