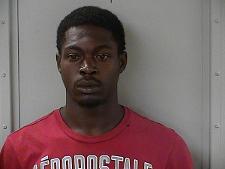 Four warrants out of Mobile, Alabama were served on a subject in Murfreesboro. The warrants were for aggravated burglary.

21 Year old Joshua T. Dunlap was arrested shortly after Murfreesboro Police responded to a domestic call on Heritage Park Drive where a male and a female were arguing. The couple told police they were arguing about the lack of employment and being new to Murfreesboro.

Once police realized the two had just recently arrived, it was learned through MPD dispatch that the man was wanted in Alabama for aggravated burglary.

Dunlap was arrested and is being held for Mobile authorities who will be extraditing him back to Alabama to face charged. He was charged in Murfreesboro for being a Fugitive from Justice.