More Arrests for DUI Cases in the News for Murfreesboro 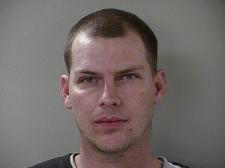 More and more news has been reported in recent years about the arrests of local residents on multiple DUI charges. Most recently, a 33 year old man was charged with DUI number three in Murfreesboro on Wednesday morning (2/24/16).

John Eric Sullivan was questioned by police when an officer found that he was passed out in his running vehicle at the Shell Gas Station on Greenland Drive. Officers report that Sullivan was in the driver's seat of his Honda when he was located.

Sullivan later failed a standardized field sobriety test. He was arrested and charged with DUI number three. His previous DUI's were both in Rutherford County in 2013 and 2014.

Sullivan is currently free on bond and due in court this May.