More news on the Bridge Over Broad Street in Murfreesboro 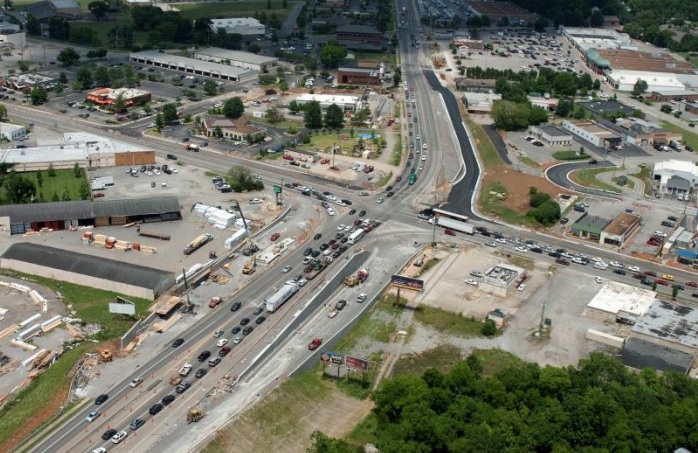 Construction at the intersection of Broad Street and State Route 96 (Memorial Boulevard/Old Fort Parkway) began in January of 2014 and will continue until the close of 2017.

The $17.6 million Bridge over Broad Street project will separate the intersection by creating a single point urban interchange.

Currently, about 60,000 vehicles pass through the intersection daily. That number is expected to increase to nearly 72,000 vehicles daily by year 2034, which is why the Tennessee Department of Transportation is building the new interchange.

TDOT most recently reported, "We intend to place east bound traffic for Old Fort Parkway / Memorial Boulevard onto the southern ramps by mid-August."

Construction is estimated to be completed in December 2017.