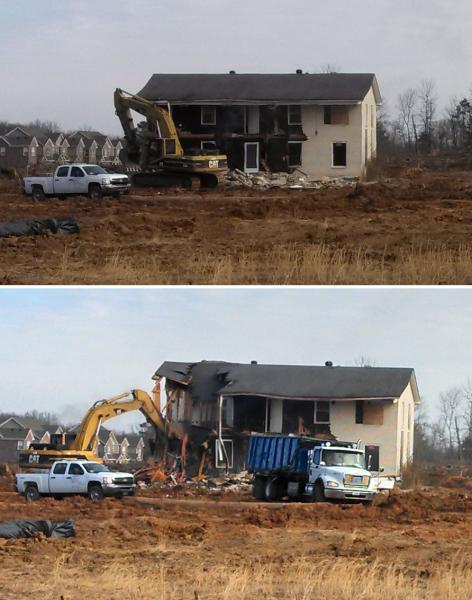 Photos submitted by WGNS listener on Thursday afternoon at 1 PM.

Now, vacant homes that were sold to make way for the progress of two new Walmart stores are only a memory on South Church St. at County Farm Road (Joe B. Jackson Pkwy) and on Memorial Boulevard in front of the Murfreesboro airport. The home on County Farm Road was the most recent to be torn down on Thursday afternoon. You can see a picture of it on WGNSradio.com.

Reports indicate the new Walmart on Memorial Blvd. will be open by Black Friday of this year. The Walmart on South Church Street in the Barfield area could be complete by the first quarter of 2015. The two stores will mean that Murfreesboro will have a total of four Walmarts in 2015.