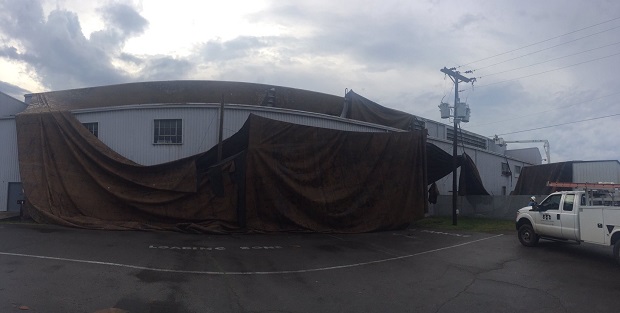 The roof of a hanger at the Smyrna Airport was damaged by Monday's storm system. (photo from NewsChannel 5)

Early in the afternoon, northwestern portions of the county, were hit hard with high winds and some small hail.

In fact, high winds at the Smyrna Airport on Doug Warpoole Drive ripped the roof off a hanger. Officials at the airport said that no airplanes were damaged. The control tower was evacuated at one point as 80 mile per hour winds swept across the runways.

There were also scattered reports of power outages by Middle Tennessee Electric.