More Synthetic Weed off the streets in Murfreesboro 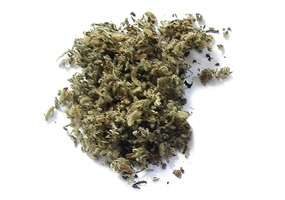 During a recent home check of a 34-year old Murfreesboro man who is on probation, Police found a felony amount of synthetic cannabis.

Synthetic marijuana is a growing problem on the streets of Rutherford County. Synthetic weed is sold and packaged under names such as Spice, Earthquake, Dark Night and Voodoo Spice, just to name a few. According to the American Poison Control Centers, over 4,300 cases of synthetic marijuana usage have been reported to their hotline in Tennessee this year alone. Of course, most of the calls they received were in regards to adverse reactions to the synthetic drug.

When police arrived at the Kenslo Avenue home of James Everett Moore who goes by the alias of "LOCO," according to a police report, they found a gallon size bag of synthetic weed. Officers also found a digital scale and various items of drug paraphernalia. The report shows that Moore admitted the synthetics were his.

Moore was placed into police custody and charged with the Felony Possession of Synthetic Cannabinoid, Possession of Drug Paraphernalia and Violation of Probation. The report stated, "This incident was believed to have occurred within 1,000 feet of McFadden Elementary School and Franklin Heights Preschool." Due to the proximity of the school, more charges could be filed. Officers seized the drugs and his cell phone as well.

Unlike real marijuana, withdrawals from synthetic weed include the inability to control bodily functions, sweating profusely with the users core body temperature increasing greatly which can lead to kidney and liver failure.